Get Ready for College at the Larry Shapiro Education Center

The Larry Shapiro Education Center is unique in that like the gentleman whose name it bears it starts with a simple idea. Love people. Serve people. Value people. These three principles are what our 16-18 year old youth will experience as we help them negotiate through life’s sometimes murky waters. They will find compassion linked with encouragement, a strong direct plan of action, and assistance with getting the education and skills to be successful in life.

At the Larry Shapiro Education Center, we help our 16-18 year old youth with preparation for the next step in their educational journey. We provide smart and practical advice for teens seeking to go to college by helping with:

We connect resources with those who need them most. We’re here to help. Let us help you get started.

My son, Braeden, absolutely LOVES The Good Fight! He’s only been going a couple of months but already have seen an improvement in his overall confidence level. 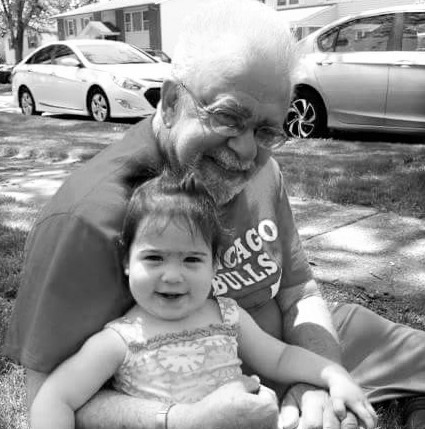 Larry Shapiro is a former english, creative writing, and drama teacher. He was born in 1944 in Chicago, IL. and graduated from Niles West High School in 1963. He then went on to graduate from the University of Illinois (Chicago) in 1967.

In 1987 Larry joined the Chicago Transit Authority as top assistant to Gloria Chevere, who was appointed chief administrative officer for CTA. Became a procurement engineer for CTA until retirement in 1998.

Larry became a suburban representative in 1998 to Congressman Danny Davis. He served as staff person to State Representative Karen Yarbrough from 2000-2008. In 2008 Larry started working for Rep. Yarbrough’s husband, Maywood Mayor Henderson Yarbrough, in the village of Maywood as communications director and government liaison from 2008-2013. He is the consultant to the village of Maywood for senior activities from 2013 to present.